There's a fix for the bug that breaks the Xbox One controller driver, but it doesn't solve the core issue.

A green light on the receiver indicates that the unit is working. 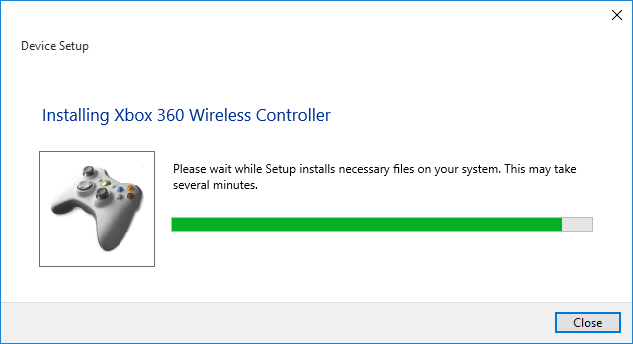 Install by downloading the software:

Step 3: Connect the Xbox 360 wireless controller to your computer