In The Long Hangover, Shaun Walker presents a deeply reported, bottom-up explanation of Russia's resurgence under Putin. By cleverly exploiting the memory of the Soviet victory over fascism in World War II, Putin's regime has made ordinary Russians feel that their country is great again. Walker not only explains Putin's goals and the government's official manipulations of history, but also focuses on ordinary Russians and their motivations. He charts how Putin raised victory in WWII to the status of a national founding myth in the search for a unifying force to heal a divided country, and shows how dangerous the ramifications of this have been. This book explores why Russia, unlike Germany, has failed to come to terms with the darkest pages of its past: Stalin's purges, the Gulag, and the war deportations. The narrative roams from the corridors of the Kremlin to the wilds of the Gulags and the trenches of East Ukraine. It puts the annexation of Crimea and the newly assertive Russia in the context of the delayed fallout of the Soviet collapse. The Long Hangover looks to a lost generation: the millions of Russians who lost their country and the subsequent attempts to restore to them a sense of purpose.

'Intelligent and ambitious, Walker's book succeeds in providing insight into the recent history of a nation at the center of world attention.' -- Publishers Weekly
'The heroes of our age of postmodern myth are the investigative reporters. Shaun Walker has not only done the hard and necessary work of reporting from Russia and Ukraine, he has also reflected, with remarkable historical and literary sensibility, on what it means when a great power gives up on its own future and decides instead to market its past.' -- Timothy Snyder, the Richard C. Levin Professor of History, Yale University, and author of On Tyranny and Bloodlands
'The Long Hangover is thoughtful, brave, and full of insight. Anyone who wants to understand Russia now needs to read it.' -- John Simpson, BBC News
'In this skillful and vivid book, Shaun Walker allows us to understand the region's current affairs through ordinary and extraordinary people's experience of an un-dealt with past.' -- Peter Pomerantsev, author of Nothing Is True and Everything Is Possible
'This book has a very Russian feel to it. As with the best works of Russian literature, stories of ordinary people fold into the bigger picture. The characters cry, laugh, drink, fight, mourn, and celebrate all at once. Fear is mixed with hope, sorrow with pride, and things rarely end well. This is a deep, emotionally charged, and enthralling book that leaves a sad and bitter aftertaste.' -- Elena Racheva, Novaya Gazeta
'[Walker] traveled to the faraway corners of the former Soviet Union and interviewed people whose voices are heard very rarely, especially in the West. The author must be a great listener and a careful interviewer to win the trust and confidence of all these individuals. He takes their stories seriously without dismissing their experiences.' -- Washington Post
'The Long Hangover is considered and careful and humane, and should be compulsory reading for any politician considering engagement with either Moscow or Ukraine. It's not only the best book I've read on Putin's Russia, but also has great resonance for the age of Donald Trump and Brexit: no one likes being told they're a loser, everyone needs something to believe in.' -- The Guardian 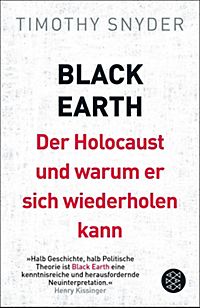 Shaun Walker is a foreign correspondent for The Guardian. He was the paper's Moscow correspondent between 2013 and 2018 and worked as a journalist in Moscow for more than a decade. He studied Russian and Soviet history at Oxford University.